It’s even tough to spell it! It’s basically a portmanteau of the words “boil” and “simmer.” Kind of vague for what this thing is: a fish stew. A really tasty fish stew. But there’s all sorts of tradition surrounding this thing that you have to adhere to:

-The ingredients have to be added one by one rather than all at once. Talk about inefficiency for the sake of taste.

-You have to make a rouille, a garlic egg-yolk mayonnaise, and serve it on toast with the soup.

-Serve the soup really hot, with the fish on a separate platter.

We went to one of the only remaining restaurants of the Twin Cities that still serves Bouillabaisse (now that Vincent is closed), Sea Change. It’s a pretty lovely restaurant connected to the historic Guthrie Theater.

Needs no explanation on this menu. Only for the enlightened.

The rouille is on the bottom of the left piece of toast because SP was clumsy and knocked it over.

A view with the toast removed.

Really hearty and delicious. If you like seafood, this is definitely a winner. 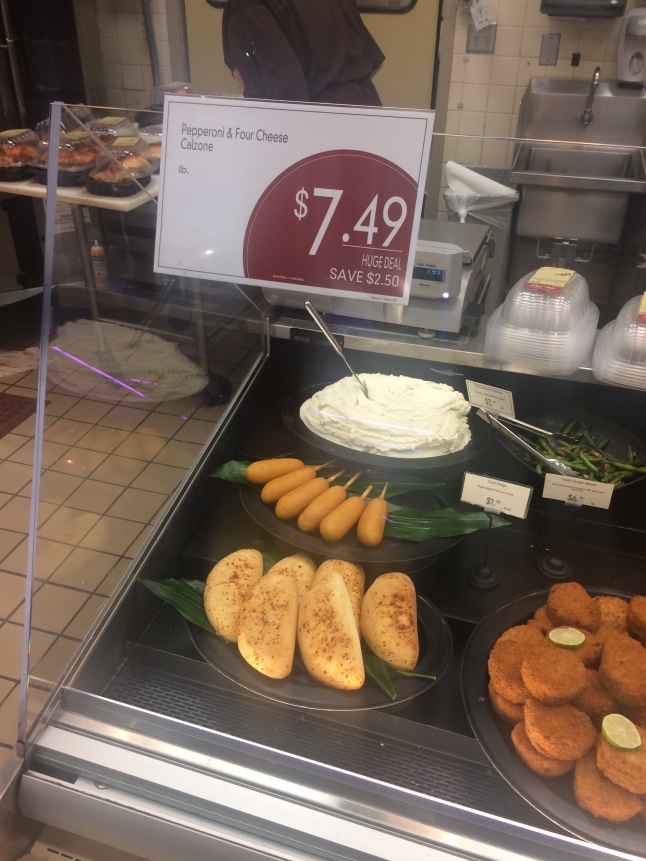 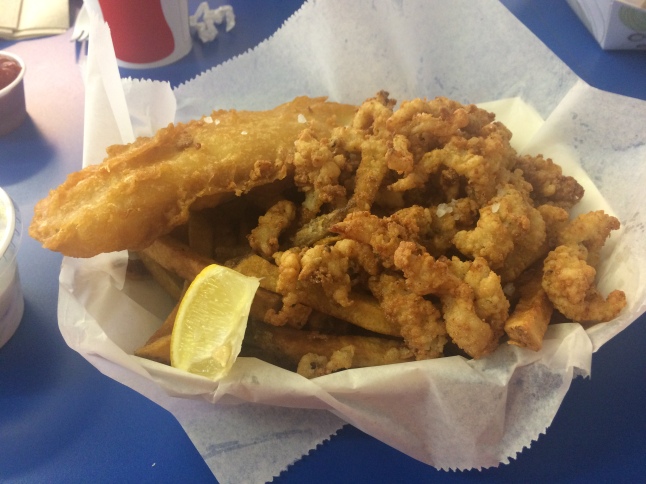 It’s not like citrus is special right now. I’m not even sure if the holiday actually has to do with the fruits, so much as it does the English Nursery Rhyme. Public executions, child sacrifice, Henry VIII’s many wives… Right? So much sense being made here. Well since we are referencing bells, we took our business to a new local joint, from the makers of one of our favorites (Butcher and the Boar), called 4 Bells!

Heroes on a half shell, clam power!

SP ordered the Whole Fried Snapper, and made it through less than half of it. It was so good. Asian-y chili glaze and black beans and ughhhh so good. 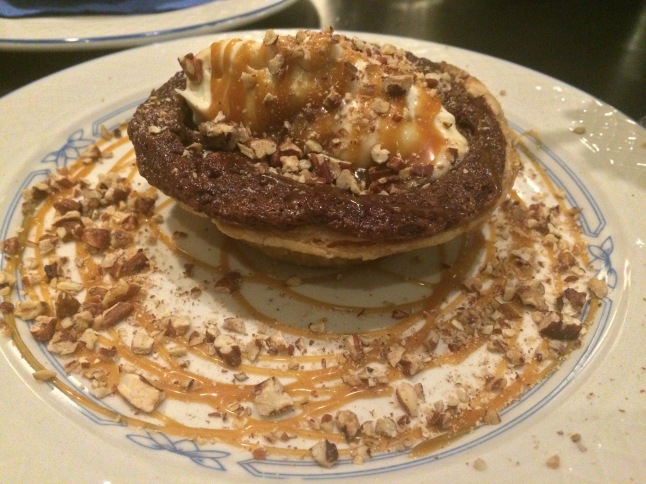 For dessert: Chocolate Bourbon Pecan Pie. Thankfully it wasn’t that boozey, but it tasted like a Cinnamon Roll had a baby with Pecan Pie. Amazing. Would order again.

Who would have thought that one restaurant could have all 3 of the holidays, and thematically be appropriate as well?? Thanks, 4 Bells! We had an awesome time.