“Bread,” they call it. Because it rises in a loaf pan and has flour and water. But it’s much more like a banana bread. Basically, you love the taste of something, so why not turn it into a cake? Dates are naturally sweet and subtle, with a honey kind of flavor. Truly lovely.

AK went all over town today trying to buy some date nut bread somewhere, to no avail. Even Wuollet’s, Grand Ave’s terrific bakery, didn’t have any in today as they gear up for the holidays. So what do we do? Make it at home! Here’s our recipe. 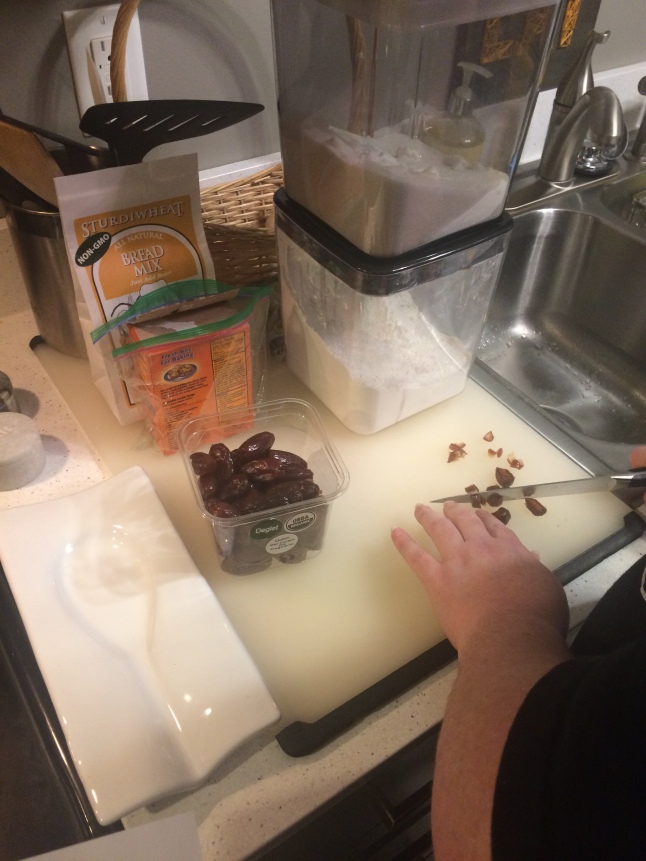 Chop up some dates.

About a cup and a half’ll do. 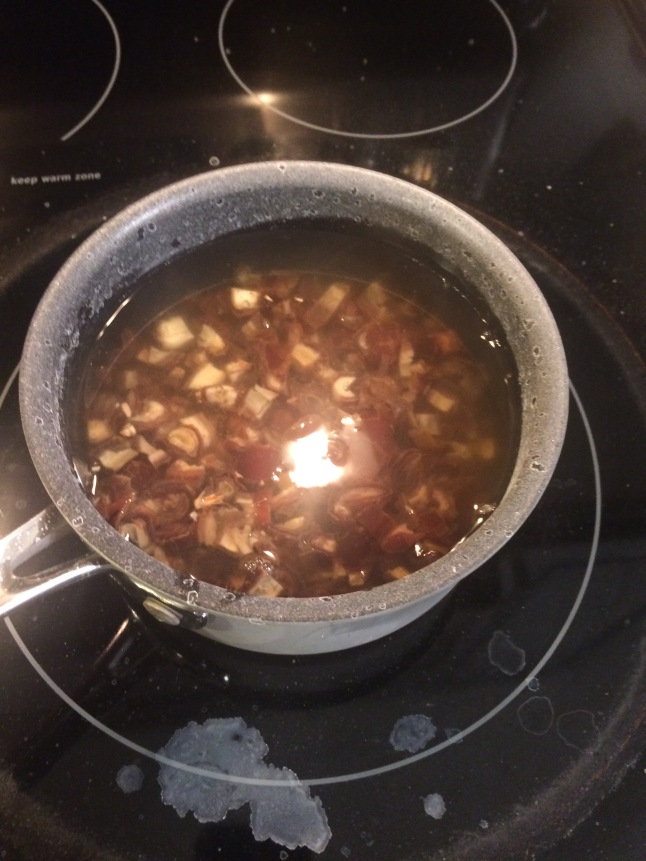 Pour them into a pot of boiling water with some baking soda.

In the meantime, cream butter and sugar and all the other stuff. 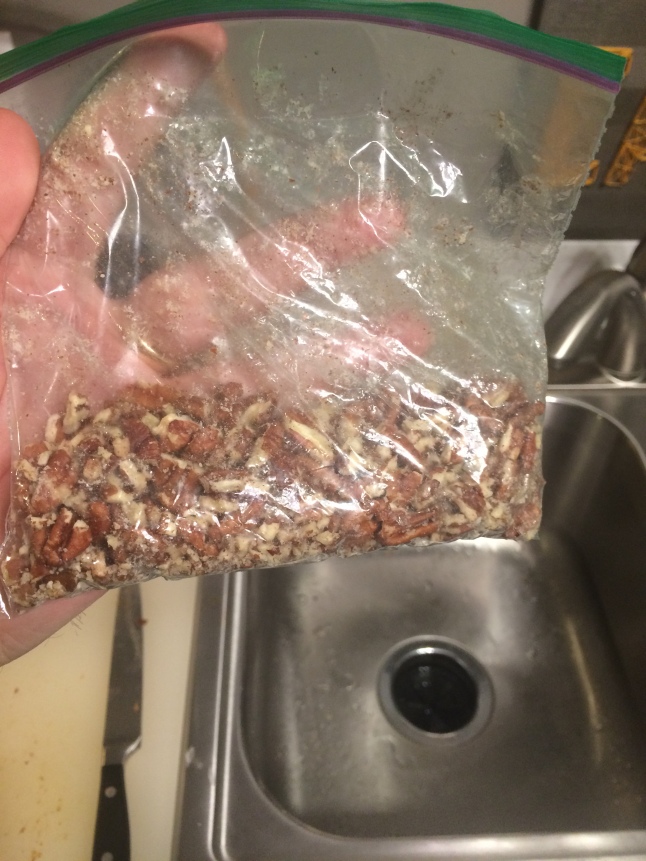 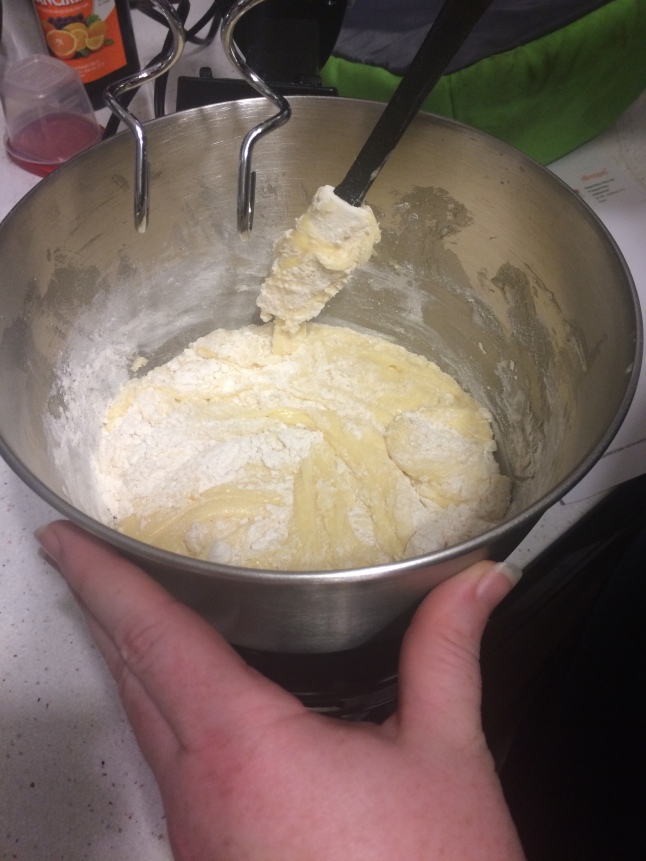 Add the flour in.

Put in the dates with their water in the mixture to make a batter. 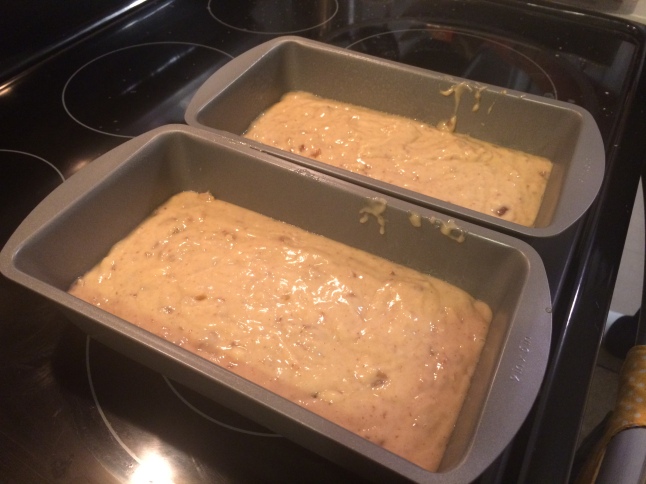 So tasty. We’d happily make this one again! Add it to the repertoire!

Mince meat isn’t really meat. Well, it was at one point. Some recipes for it contain beef suet, a.k.a. beef lard. But it used to be a pie filling of mutton or beef with the suet to help bind it into a filling. Add some dried fruits like prunes and raisins, and you’ve got a mince meat. This is coming from the same group that calls non-pudding things “puddings.” 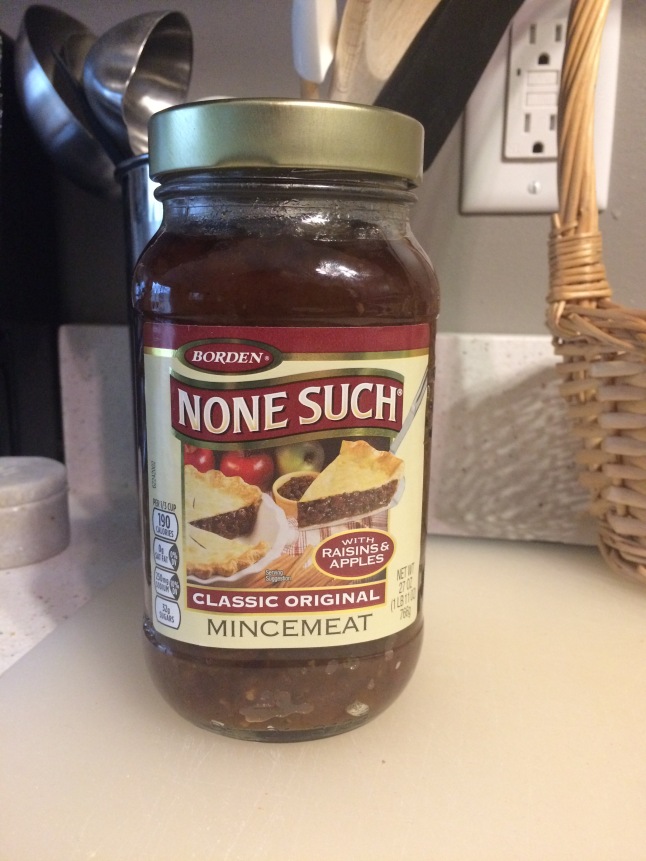 You can use it to top ice cream or make a pie out of. We were going to make the recipe on the side of the jar, but ran out of time, so we had it with our pumpkin bars.

The only ingredients you need for these pumpkin bars. 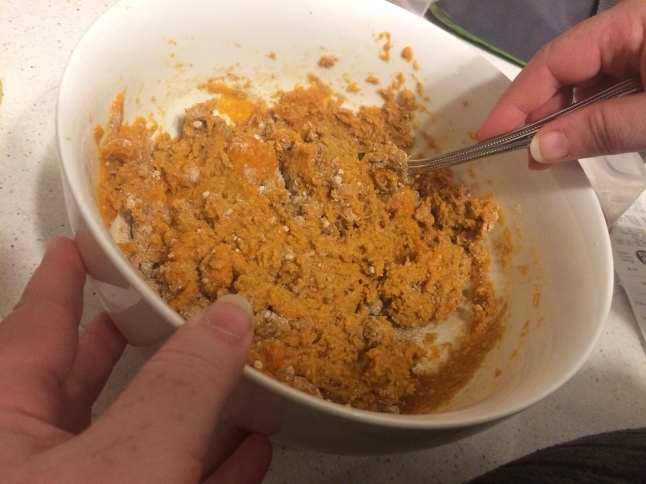 Mix them well together. 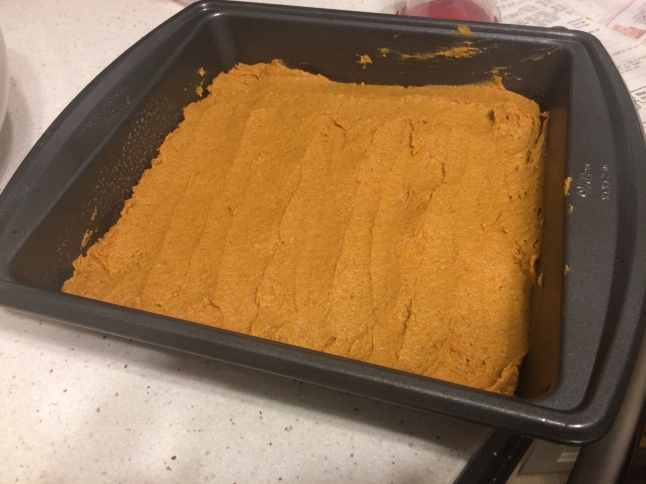 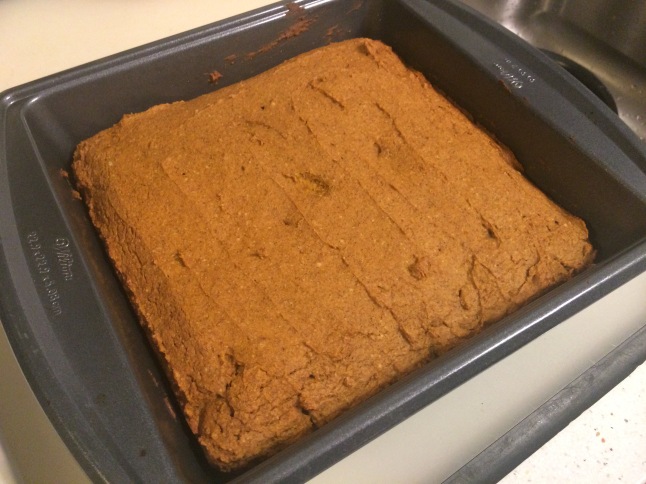 We were surprised pumpkin day was not October 31, but we’re happy to celebrate regardless. Unfortunately, our plans to carve our Halloween punkins aren’t until Saturday… but we’ll post pictures on 10/31.

If you thought having three food holidays in one day was difficult, welcome to the big leagues.

We picked some up from Culver’s, which is really the only choice for cheese curds when the State Fair isn’t operating. In fact, they’re having a promo right now for “Curd Nerds” and a sweepstakes to win a whole bunch of money. Here’s hoping. 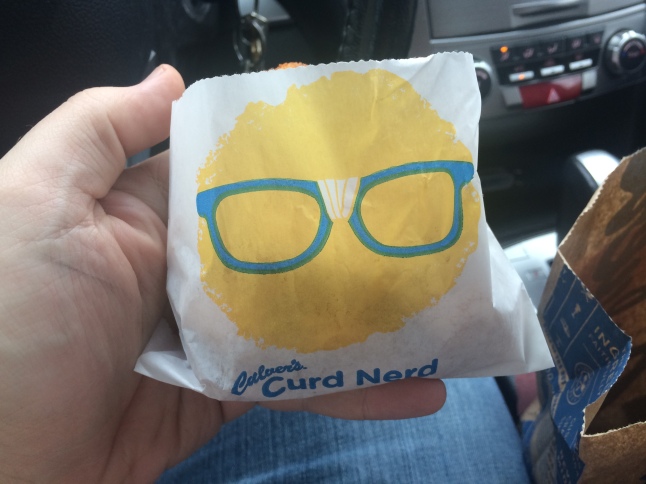 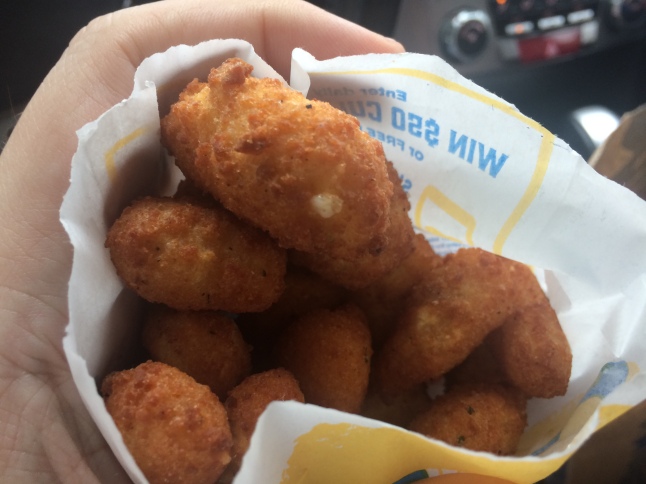 “Fried” and “cheese” do belong in the same sentence together more frequently than you’d think.

As for the main event, SParents really blew us away with all their hard work today. SPom put together a chicky-catch yesterday, that we were able to heat up and have at dinner tonight.

Basically chicken cacciatore is a kind of Italian chicken stew that has a bunch of veggies, and is usually served over noodles.

Notice the mushrooms for mushroom day? 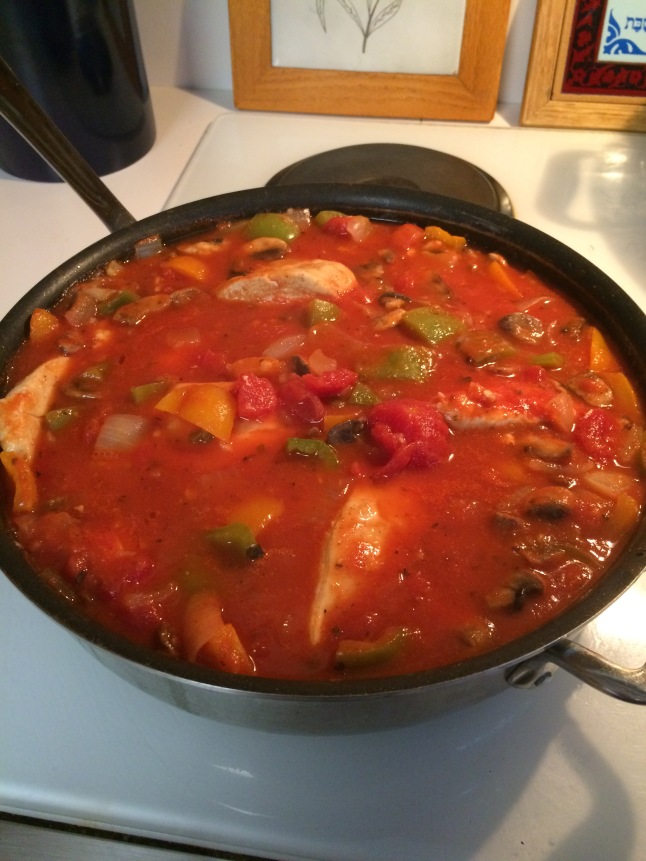 In the US, we frequently use a red sauce for cacciatore. 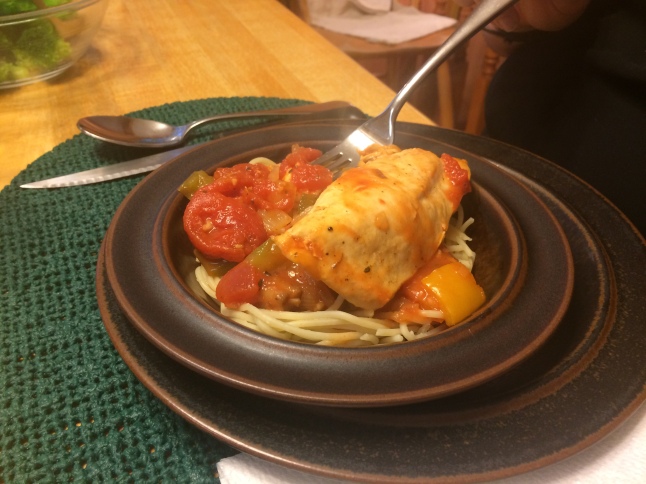 Along with dinner was some red wine… 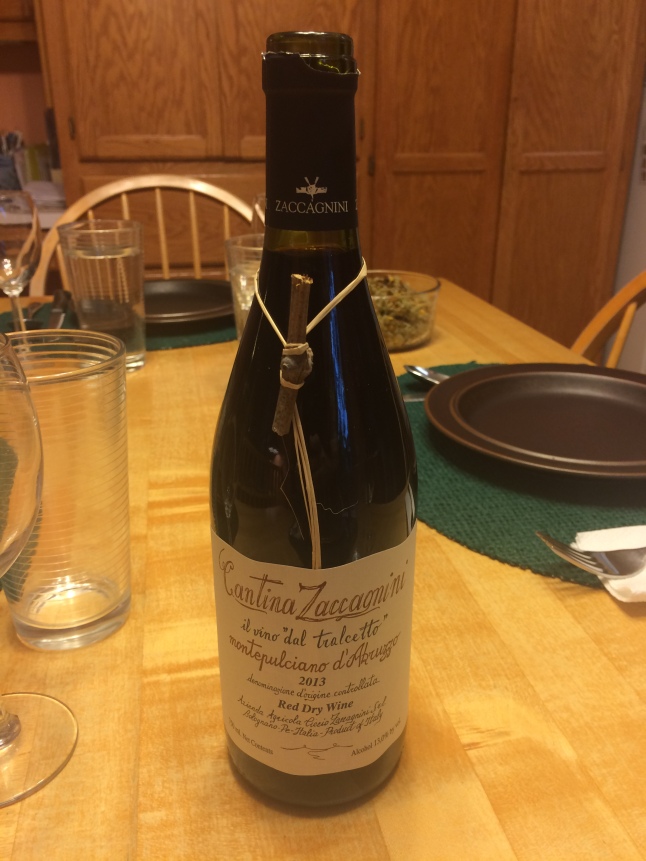 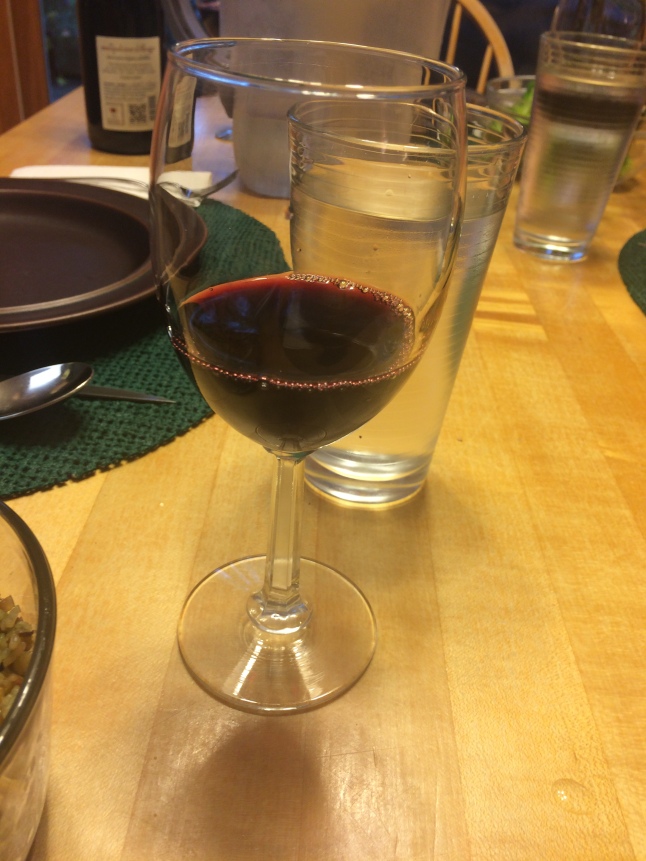 …and some sauteed mushrooms, just because you can’t ever have enough.

We’d been really nervous with roast pheasant coming up. It’s not something that we frequently get around here, even though many of SP‘s coworkers are reveling in the opening of the pheasant hunting season this weekend. Sure you can hunt it, but can you roast it? SPad can. He got these pheasants from the grocery store on special order, and went to work with a tasty recipe. 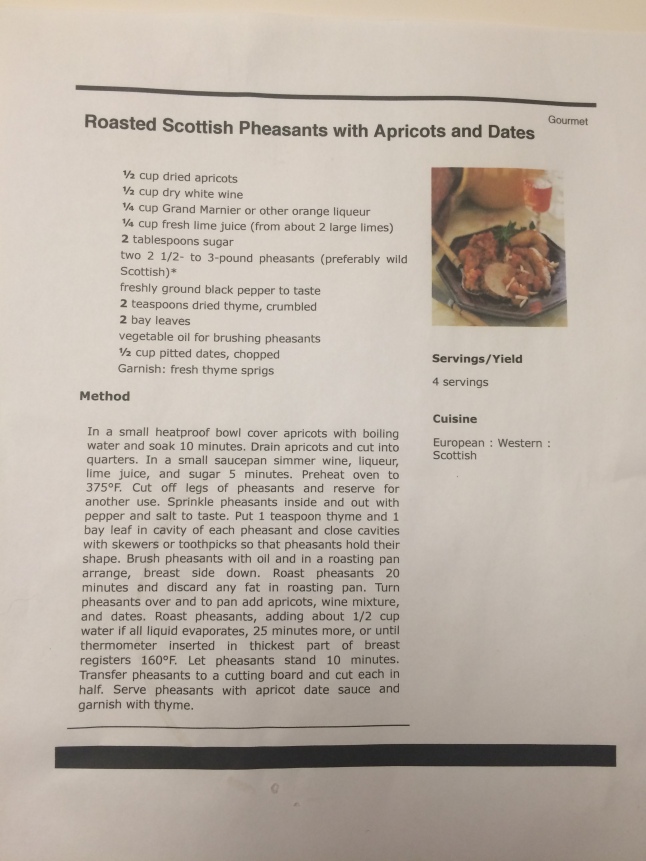 Hate to say it… but it tastes like chicken!

It was extra special with the juice/dip/sauce that went with the recipe.

All in all, a successful but stressful day, and we didn’t even have to do the brunt of the work. Thanks SPom and SPad! Here’s hoping we don’t have another psychotically packed day of food holidays again.