Put on your balaclava!

Baklava is a sophisticated dessert. Much of our Mediterranean friends disagree that it’s anything special, but I mean really. We’re simple people. We would eat a block of chocolate and it would be amazing. Backpedaling, we’re not saying chocolate isn’t sophisticated… just that Baklava has layers.

Layers of filo dough and chopped nuts! It’s all held together by a very particular honey-ish syrup that is characteristic of any baklava.

Our favorite restaurant that serves Baklava is Holy Land, as in, National Gyros Day Holy Land. In addition to our lovely dinner of gyro, we got to take a gander at: 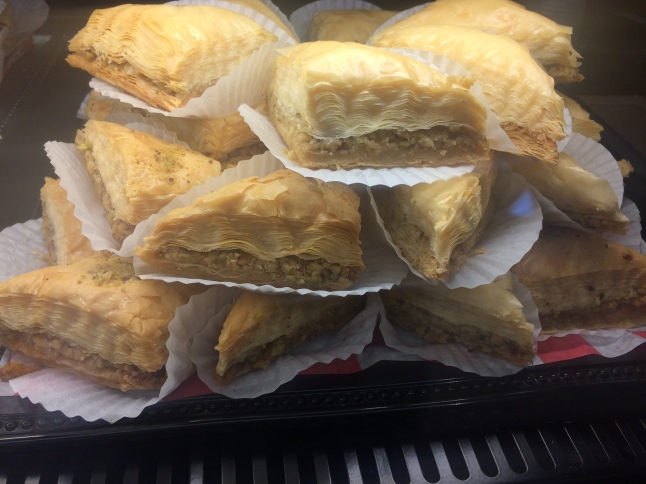 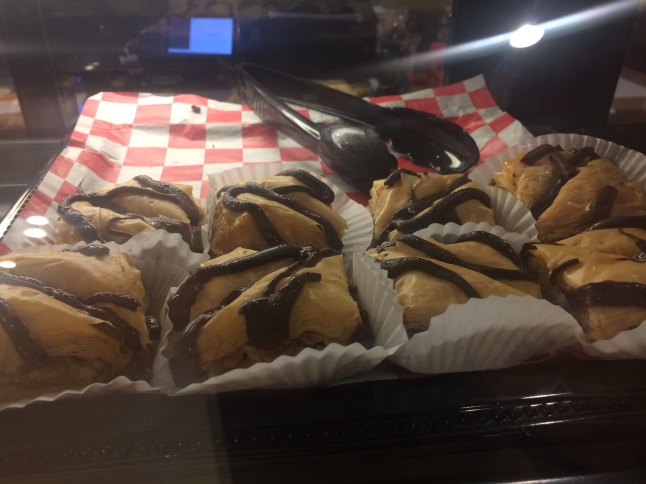 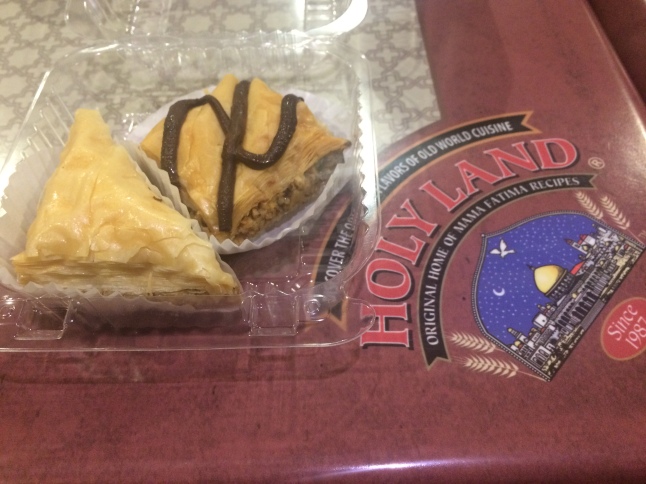 Porque no los dos? We had to try both. The chocolate drizzled one was excellent.

Another favorite thing of ours to eat is bread. Bread bread bread. All the time. It’s something about our genetics that predisposes us to a love of bread. We see bread in our dreams. We even saw a baguette in a zoo once. The sign read, “Bread in captivity.”

Today’s homemade bread was courtesy of the amazingest baker, SPad. This is the guy who used to not be able to find shirts that would fit because his arms were so huge from kneading dough all the time (back when he worked as a baker). These days he focuses on a few breads and is very modest about how amazing his bread really is. His best work is the sourdough: 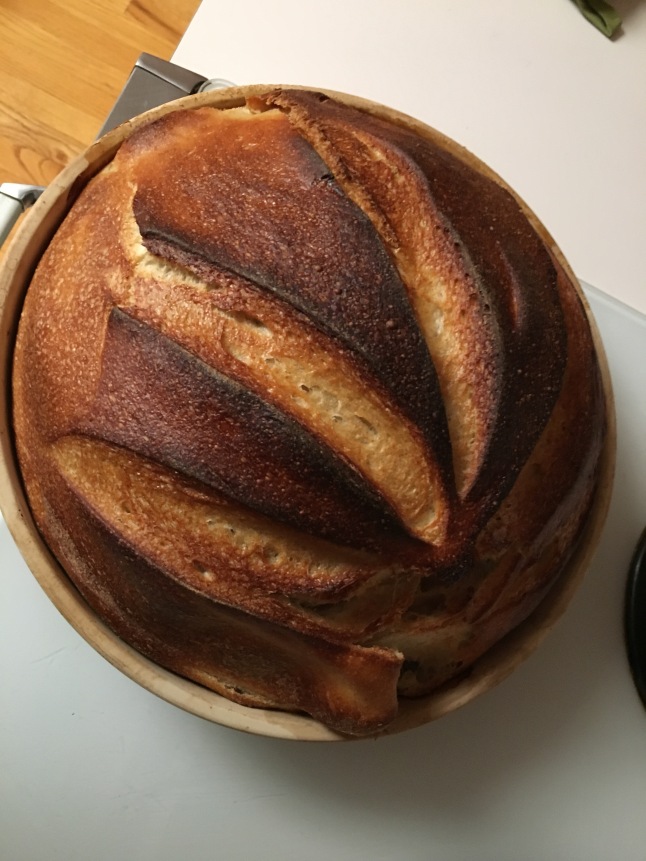 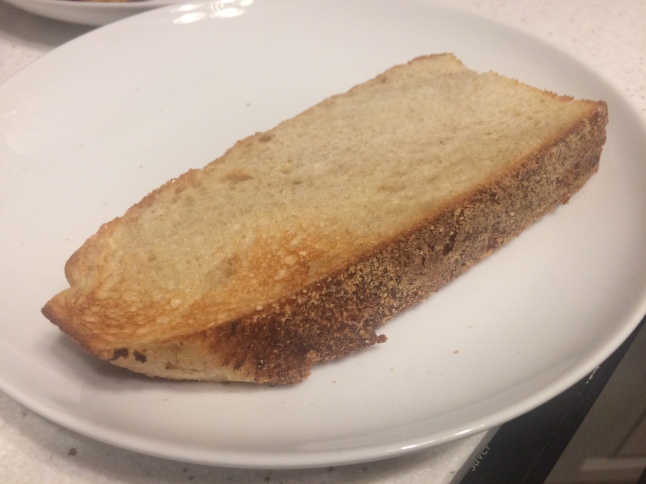 We wish you could smell this!

Is cheese better than chocolate?

Fondue’s origins are not surprising. Every culture in their right mind discovered cheese at some point, and every smart culture decided that melting cheese would be a good idea, too. Most commonly known is the Swiss fondue but we can’t leave out the awesome contributions of Italy and France to this communal cheese dish’s identity.

Then a bunch of other people came around and made all sorts of other things fondue’d. Like that time we did chocolate! And just like Chocolate Fondue Day, we made this one at home. 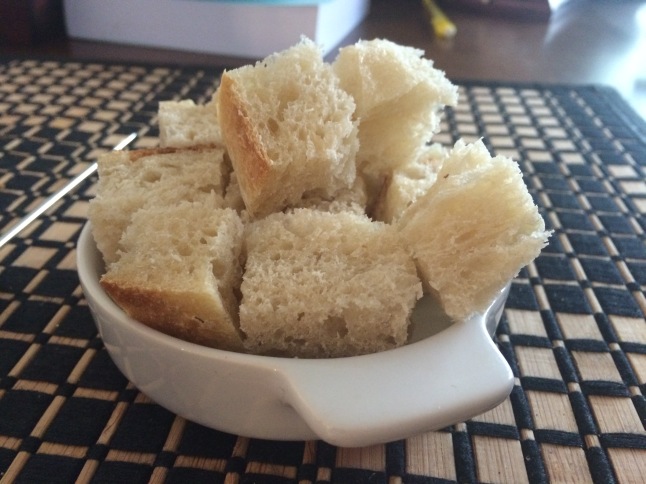 A nice sourdough loaf to scoop up da cheez. 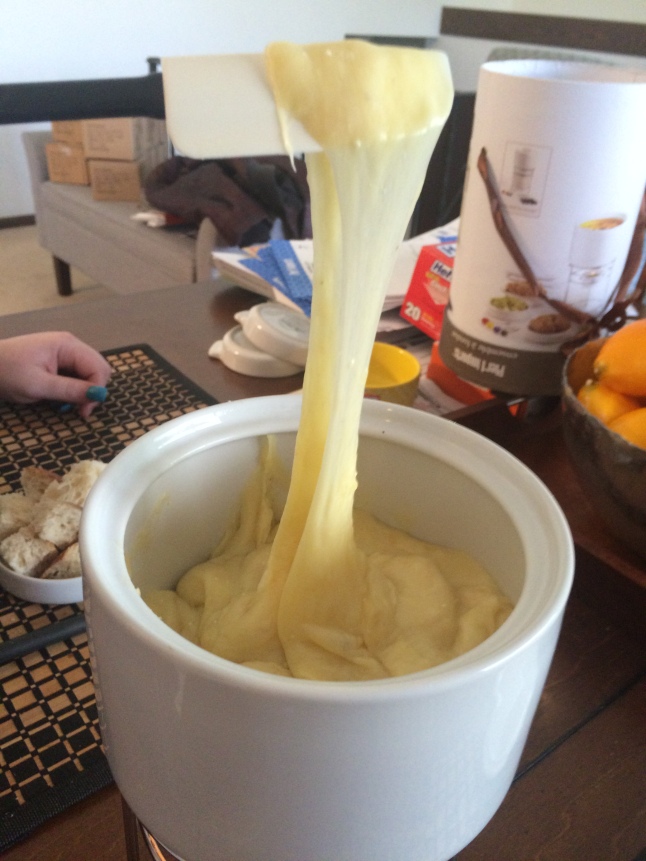 A mix of Swiss and Gruyere cheeses. Goopy!

There you have it! We didn’t make it out to the Melting Pot, but supposedly they’re giving out free cheese fondue all week if you sign up for their rewards program. Free plug for a place we didn’t even go? What has SPAK become?!

Bread’s in our genes.

It is easy to imagine that sourdough bread was basically the earliest incarnation of bread. Once we as a civilization had gotten down the fine points of making flour out of wheat, it was just a matter of mixing it with water and seeing what would happen. After days, the air would naturally act as the yeast eating the carbs of the flour and the whole thing would turn a bit sour. But you had a good glob of stuff that you could eventually turn into something edible and amazing.

Then again, bread baking is so ancient, just like cooking animal meat, that anything people try to understand about it relies on a bit of speculation and extrapolation.

What’s so interesting about sourdough is twofold: when you make a starter, that same starter can help to bake sourdough breads for literally centuries, and even more interesting is that any starter is completely unique to the environment it’s in. Even if you imported a starter from somewhere else, the air in your immediate vicinity would create a distinct flavor of bread. Unbelievably cool.

SPad blessed us with his sourdough tonight. 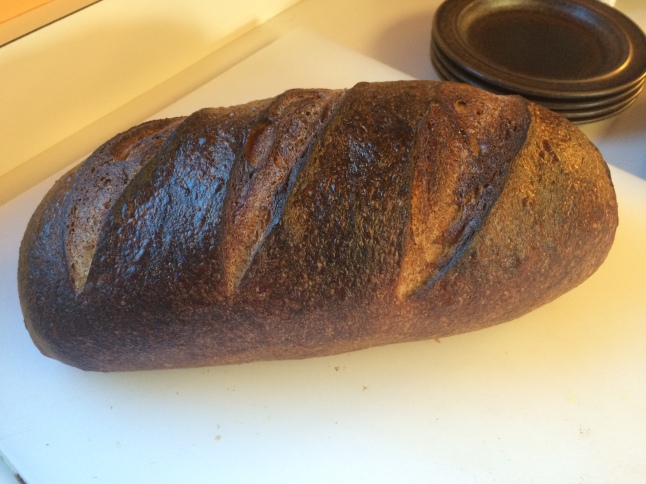 AK thought this was so plump and picture-perfect that it resembled that of a cartoon. 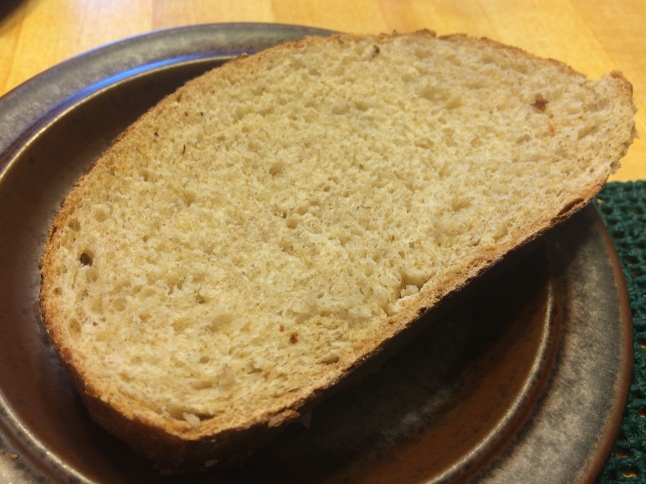 Just look at that amazing interior…

Of course, bread is best when fresh out of the oven. This puppy had perfect crisp edges and a fluffy, hearty inside. As we have very European genetic stock, bread lifts us in a way no other food can. It’s comforting and delicious. Bread.

AK remembers how in California Adventure there is an area where they celebrate Boudin Bakery of San Francisco. You get a free sample just for going in! As an adolescent memory of hers, it makes sourdough very important in her life. Plus, there’s a video of Rosie O’Donnell and Colin Mochrie in there that totally rules.